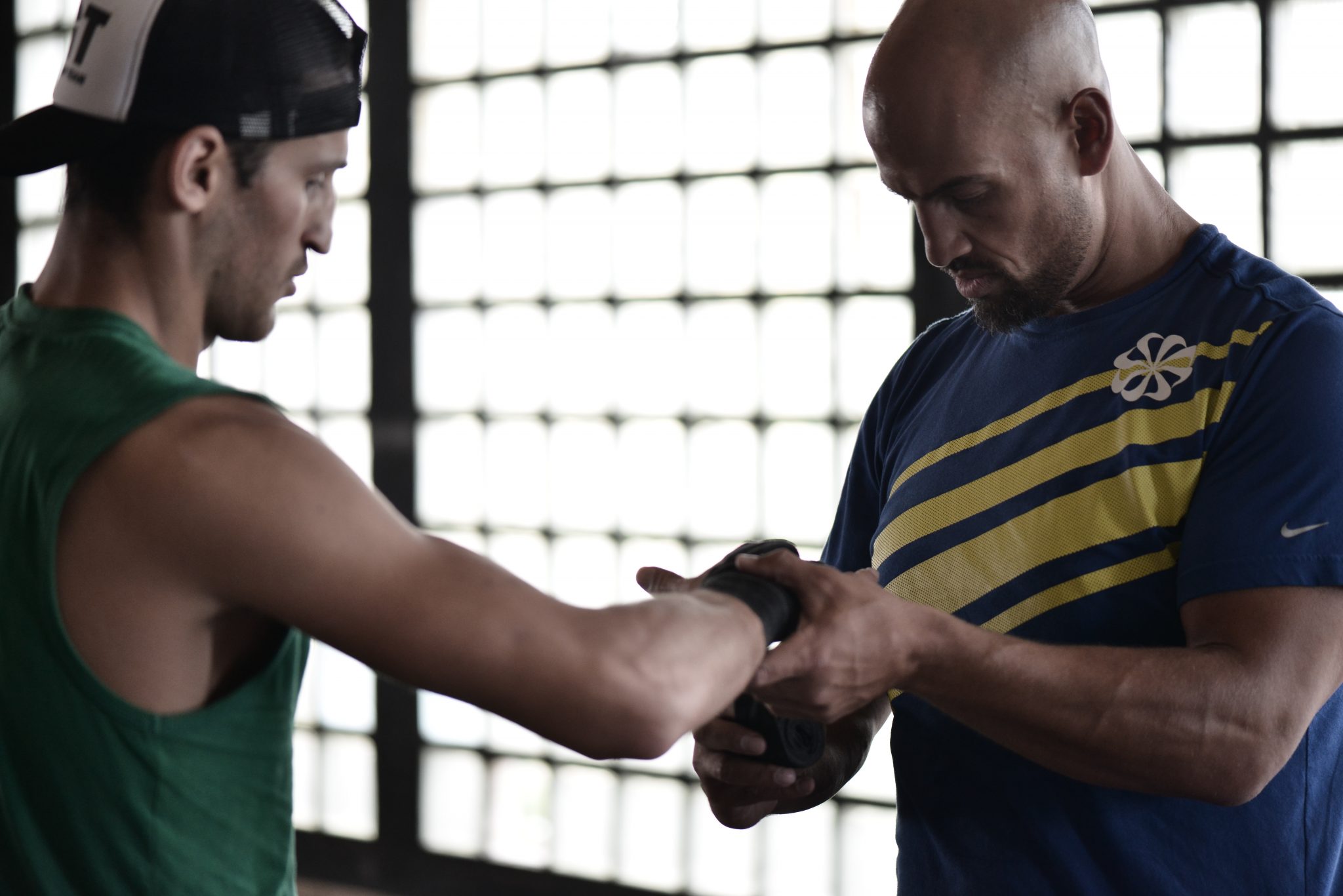 This week, The Brick sat down with personal trainer Johan Albert to ask him a simple question: how did you become a personal trainer. His answer was an inspiring story about how he lost 52 kg, became a self-made personal trainer and helped others mentally & physically.

“It all started when I received an alarming warning from the doctor,” starts Johan Albert, personal trainer and food expert at The Brick. “In December 2009, I was brought into the hospital with a double hernia. Every time I gained another 5 kg, people would tell me to watch out. And I knew that it wasn’t healthy. But psychologically, it’s a negative impulse, so I’d find comfort in eating. Until that very day, when the doctor told me I was overweight, and that if I didn’t change things now, I’d become diabetic in a year – or worse.”

Weighing 150 kg, with problems ranging from a hernia, – and mentally defeated, Johan decided things had to change. His motivation was the future. “I’ve always wanted to have children but the state I found myself in, mentally and physically, I don’t think I was going to meet someone to make that commitment with someone like me. And this was an important trigger: I didn’t want to think of a future where I wouldn’t be able to run and play with my children.”

THE ART OF DOING IT YOURSELF

After working with trainers and food experts, he kept finding problems with motivating himself. It was all psychological: either the trainer or expert had never been fat, and it just didn’t feel like these people were able to help him, or they still were, which made him pretty sure that they weren’t able to help themselves. As a true autodidact, he decided to jump into the books and teach himself.

“At some point in the process, I found out about Drew Manning through a YouTube channel. There was so much about food. The first thing I learnt is that I had to eat less carbs and sugar. There were even practical tips about how to turn cauliflower into rice, making pizza out of turkey filet, tomato and cheese.  For the sceptics, he even added an enormous amount of weight and lost it again, while keeping a diary. And just like that, I found someone I was sure wasn’t full of shit.”

FROM SEEING TO DOING

Whilst losing 52 kg through boxing and healthy eating, he became a teacher at the classes he was following. This gave him an extra push. After 6 months, he became the head coach of the boxing academy, and at the end of 2010, a year after the warning sign, he became the fitness manager.

“In the meantime, I would try to do as many studies as I could. Admin wasn’t my thing, so someone was hired to do that part, while I focused on helping people – what I love most,” Johan explains about the road towards becoming a personal trainer. “I started with personal training later on, which immediately took off. It got to a point where I didn’t have the chance to help everyone that I wanted to help, so I stopped working for them and started “ALLBEAR Athletics”. After a successful run at doing my own thing, I rented a space that I shared with other trainers, where I helped a lot of people loose or gain weight – or train for another specific goal.

This was also where I met a very special client that wanted to lose weight after she went on a trip around the world. Only a couple of sessions in, it was obvious that there’s was something beautiful growing beyond our “training relationship”. She soon became my girlfriend, my fiancé, my wife and in December of 2015, with birth of our firstborn, I got the chance to work at The Brick.”

Friday, The Brick will continue their interview with Johan Albert, talking about a few tips and tricks to lose weight yourself. Interested in training with Johan: contact him through info@allbear.be

©2022 The Brick
Manage Cookie Consent
We use cookies to optimize our website and our service.
Manage options Manage services Manage vendors Read more about these purposes
Preferences
{title} {title} {title}