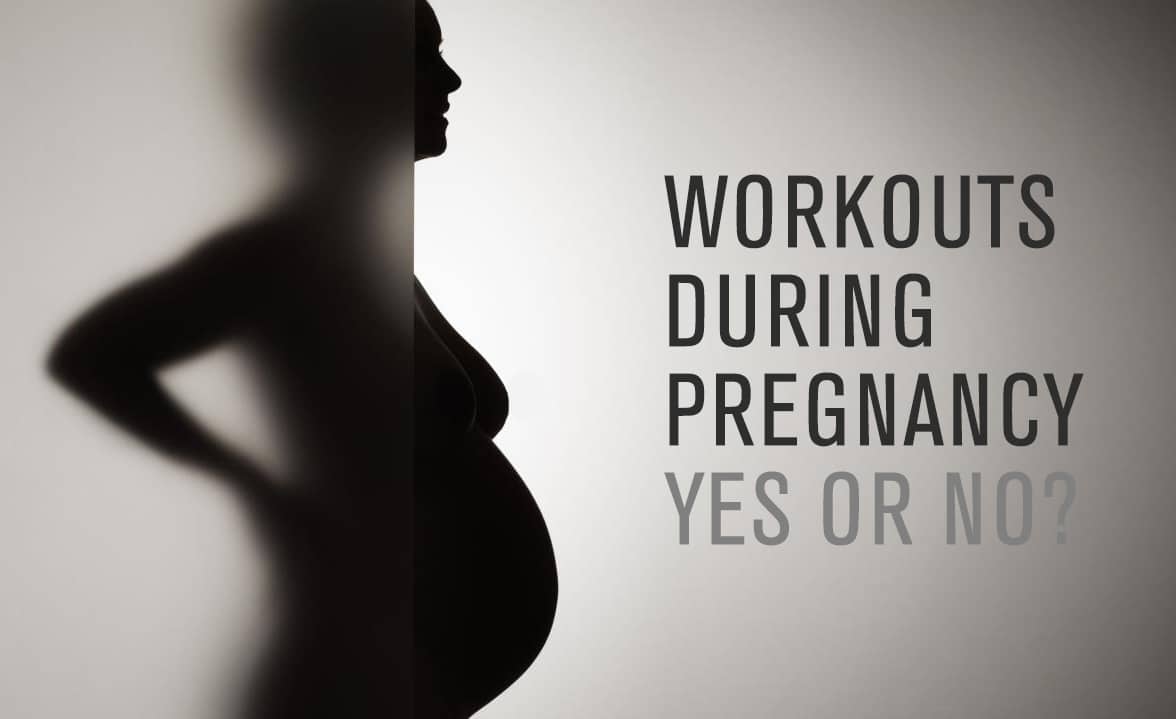 Last Saturday, we spoke with Julie Iking about how she started her career as a personal trainer and that every personal trainer has their own distinctive clientele – one that often mirrors their own accomplishments and personality. Now, we’ll dive deeper into one of Julie’s unique specialisations: pre- and post-pregnancy workouts.

As one of the few specialists in Belgium, Julie graduated from several courses and training programs that specialize on the matter – and although she is more than just the ‘pregnant workout girl’, it’s quite the accomplishment on itself.

As she guides her clients through the different trimesters of a pregnancy, she’ll have to deal with hormonal changed that impact the elasticity of the connective tissue. Another client might already have given birth to her kid, and find that holding a child can cause back issues. But as Julie Iking reveals: “A lot of women think that things like back-pains, diastase, stretch marks, gaining so much weight or even a C-section are natural to being pregnant. But by working out, you can definitely battle those side-effects.”

What was the exact moment that you decided to study this field of interest and made it your specialization? It’s such a niche subject within the sports world that there has to be a story there.

I know, right? When one of my sisters became pregnant, she asked me if I could create a training program for her. But I didn’t know anything, so I had to look it up. I fell into that rabbit hole and found out so much, but not enough to guide her through her pregnancy.

Even after my sister had given birth to her baby, I kept studying. It’s an interesting field of interests, especially since there’s so much misinformation. So, I educated myself on it, enrolled into courses about it and when my other sister became pregnant, I had enough information to guide her through her pregnancy.

And how does working out impact your pregnancy?

Especially in the beginning stages of your pregnancy, starting with training the big four – your glutes, core, chest, back – will keep you healthy during or after the pregnancy. Cardio training like walking, swimming or cycling aren’t really a problem, but they shouldn’t be a focus. Being a skinny mother shouldn’t be the only priority: it’s especially important to focus on getting rid of muscle imbalances during your pregnancy, so you’ll be strong enough to carry your baby around all day.

Another focus during your training should be the TVA: the transverse abdominis. This supports your baby during pregnancy. The fibres act just like a corset, pulling the core in from all angles (front and back). They are the most important of the muscle groups of the abdomen. The pelvic floor and TVA keep your belly from dropping to your toes.

The TVA and pelvic floor, together with the uterus, work to push your baby out during delivery. Having those muscles be as strong and flexible as possible during labour while greatly ease your baby’s entry into the world and you’ll be grateful for that.

And things that you definitely shouldn’t do during pregnancy?

Crunches are a big no-no. Stretching too much isn’t a good idea, because during pregnancy your body creates a hormone called Relaxin. This is the hormone that causes laxity in your body, which is at its peak at the beginning of the first trimester and during the pregnancy. What is important to realise is that Relaxin does not only affect the pelvis, but all the joints in the body and often from quite early on in pregnancy. This includes the linea alba abdominis.

The linea alba abdominis is the white line where the two halves of the straight abdominal muscle are bonded together. It consists mainly of collagen connective tissue. When the foetus and your uterus start to grow, this will inflict pressure on the linea alba, which often results in issues with your core area, including diastase. Especially diastase can be prevented by developing your core. Relaxin and the laxity of the muscles are also why explosive exercise can harm the body when pregnant.

Essentially, you shouldn’t aim for improving your range or motion during your pregnancy. High impact cardio like running and power phases, where your body endures higher levels of shock, can also impact the pregnancy negatively.

Are you pregnant, or planning to have children, then it might not be a bad idea to contact Julie Iking as a personal trainer. At The Brick, we have several personal trainers, but non that are specialised in this special field of interest. To reach her, please send an email to julie.iking@outlook.com.

©2023 The Brick
Manage Cookie Consent
We use cookies to optimize our website and our service.
Manage options Manage services Manage vendors Read more about these purposes
Preferences
{title} {title} {title}